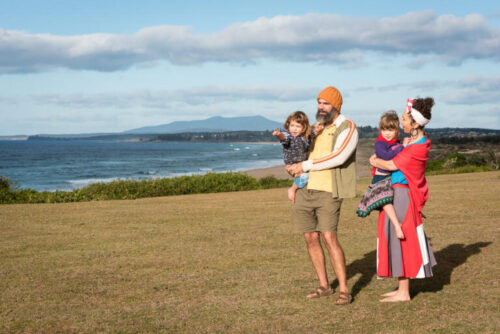 The project partners will receive $3.125M in funding over three years under the RRCRF to:

END_OF_DOCUMENT_TOKEN_TO_BE_REPLACED

Our new paper in Nature Energy asks fundamental questions of what values and biases algorithms are encoding into our digital energy system.

Abstract below:
The digital energy era presents at least three systemic concerns to the design and operation of algorithms: bias of considerations towards the easily quantifiable; inhibition of explainability; and undermining of trust and inclusion, as well as energy users’ autonomy and control. Here we examine these tensions through an interdisciplinary study that reveals the diversity of possible algorithms and their accompanying material effects, focused on neighbourhood-scale batteries (NSBs) in Australia. We conducted qualitative research with energy sector professionals and citizens to understand the range of perceived benefits and risks of NSBs and the algorithms that drive their behaviour. Issues raised by stakeholders were integrated into NSB optimization algorithms whose effects on NSB owners and customers were quantified through techno-economic modelling. Our results show the allocation of benefits and risks vary considerably between different algorithm designs. This indicates a need to improve energy algorithm governance, enabling accountability and responsiveness across the design and use of algorithms so that the digitization of energy technology does not lead to adverse public outcomes. 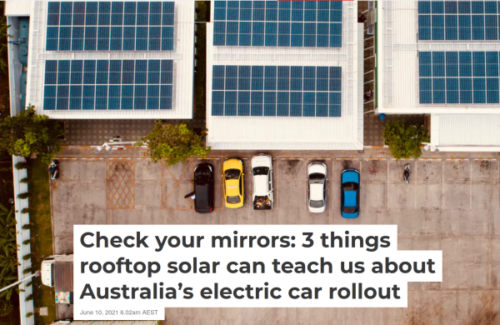 “The electric vehicle transition is about more than just doing away with vehicles powered by fossil fuels. We must also ensure quality technology and infrastructure, anticipate the future and avoid unwanted outcomes, such as entrenching disadvantage.

Australia’s world-leading rollout of rooftop solar power systems offers a guide to help navigate the transition. We’ve identified three key lessons on what’s gone well, and in hindsight, what could have been done differently.”

Full piece in The Conversation https://theconversation.com/check-your-mirrors-3-things-rooftop-solar-can-teach-us-about-australias-electric-car-rollout-162085 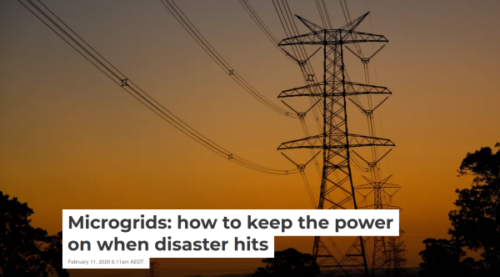 It’s timely to consider how we can build a better system – one that’s more resilient in times of disaster and also doesn’t contribute, through carbon emissions, to making disasters more frequent.

One part of the solution is more connectedness, so one transmission line being severed is not the crisis it is now.

But just as important is ensuring connectedness isn’t crucial.

This means moving away from centralised systems – powered by a few big generators – to decentralised ones, with many local and small-scale generators. Instead of one big grid, we need many microgrids, interconnected but able to operate independently when necessary.

Full Piece in The Conversation https://theconversation.com/microgrids-how-to-keep-the-power-on-when-disaster-hits-130534 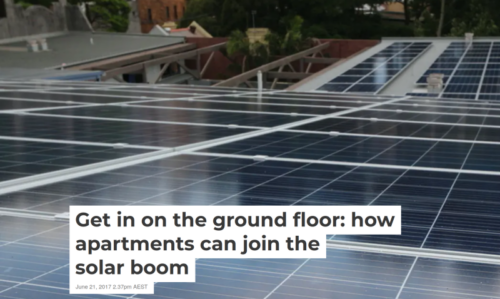 While there are now more solar panels in Australia than people, the many Australians who live in apartments have largely been locked out of this solar revolution by a minefield of red tape and potentially uninformed strata committees.

In the face of these challenges, Stucco, a small co-operative housing block in Sydney, embarked on a mission to take back the power. Hopefully their experiences can serve as a guide to how other apartment-dwellers can more readily go solar.

Full piece in The Conversation https://theconversation.com/get-in-on-the-ground-floor-how-apartments-can-join-the-solar-boom-79172 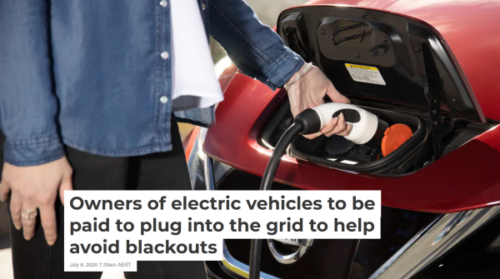 Electric vehicles can help keep the air clean in our cities – as we’ve seen recently with the reduction of traffic through COVID-19 lockdowns – but they face two obstacles.

In the short term they’re still expensive. In the long term charging millions of vehicles from the electricity grid presents challenges.

I’m part of a new project, launched today, that tackles both of these obstacles head-on, and it could mean owners earn more money than they’re likely to pay for charging their electric vehicles.

Full piece in The Conversation https://theconversation.com/owners-of-electric-vehicles-to-be-paid-to-plug-into-the-grid-to-help-avoid-blackouts-132519 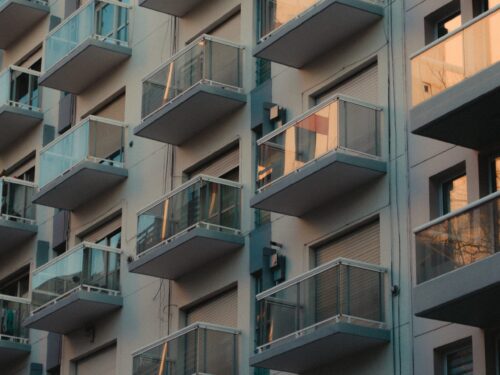 “I see this as everyone is a winner. The proposition for tenants is they don’t have to change anything that they are doing, they are just now having their electricity bills reduced and they also get to feel better by having that cheaper power also be cleaner power,” Dr Sturmberg said.

“For generators, power purchase agreements (PPA) have been really quite an important way to de-risk their investments in their developments.

“What is happening in that PPA is you’re locking in the rates all the consumers will be paying for that power – that means as a generator you have certainty.”

Dr Sturmberg, who is also the founder of social enterprise SunTenants, says to date these types of energy deals have largely been driven by governments, despite demand from renters and smaller entities.

“It is a really great way for consumers of electricity to have a more direct relationship or direct buying power towards renewables rather than just buying from the national electricity market,” he said.

“PPAs have started to become more accessible to smaller entities and currently the ACT government has been extremely successful with its power purchase agreement. It’s made the Territory powered by 100 per cent renewable electricity and has in the process saved Canberra millions of dollars.” 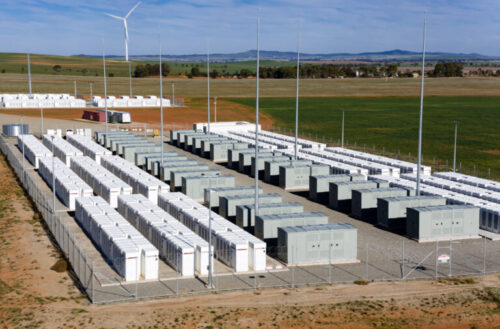 This week, ACT Labor proposed a network of large batteries in the territory that will have a total capacity of 250 megawatts. That’s two-thirds larger than the world’s current largest battery, which is in South Australia, and may well be amongst the top 50 by the time it’s completed.

While little is known yet about the plans beyond the headline, the capacity and the budget spend ($100 million over five years), the general concept is commendable.

The ability to store electricity, such as in batteries, is increasingly critical for us to continue the transition to a zero-emissions future. By supporting battery storage, an investment like this will continue the territory’s international leadership on clean energy, following in the footsteps of the very successful and influential wind and solar reverse auctions.

The proposal is to distribute the batteries across the ACT. This is an excellent move, because it will showcase the versatility of batteries to provide services in a diversity of settings. 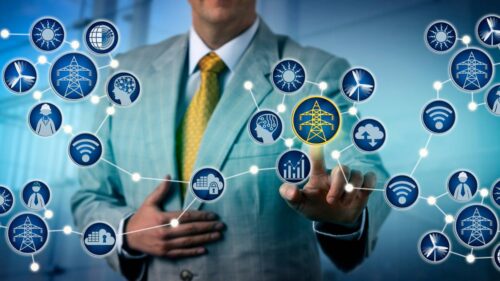 An OpEd originally published in The Canberra Times.

Australia’s horror bushfire season isn’t over yet, but we know that the losses this summer will remain with us for decades.

As we rebuild, we must redesign all aspects of life for a hotter, drier, and more intense climate – including how we build and operate the power system.

END_OF_DOCUMENT_TOKEN_TO_BE_REPLACED 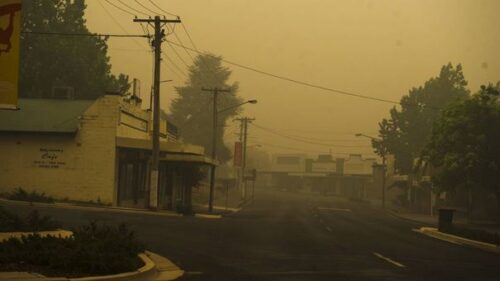 This article originally appeared in the Canberra Times.

We could ignore the graphs showing a persistent rise in CO2 levels. We could aircondition our way through record-smashing heat waves. We could turn our backs on inland areas gripped by years of drought. But this summer we cannot escape the stinging taste of smoke, and the knowledge that it came from an unfathomable 26 million acres of fire, many billions of animals, and over 2000 homes.

The banality of global warming is over. No longer are the consequences of our actions far away in time or space. The nightmarish future we were long warned about has arrived and is staring us in the face along firefronts thousands of kilometres long and 70 metres high.

The experiences of this summer – which is far from over – are scary. The tragic loss of dozens of lives is deeply saddening. The long-term health effects on millions of Australians are confronting.

But rather than despair, Australia should follow a bipartisan group of American leaders and declare the start of World War Zero.

The proposed warlike commitment to driving carbon emissions to net zero is demanded by the scale and existential threat of global warming.

As in war, it is mission-critical for politicians to put aside their squabbles to unite to align the powers of all citizens and sectors to work towards a clear collective goal: in this case, keeping the world inhabitable.

The international immensity of the challenge may seem beyond our grasp, but we should draw courage from Australia’s proud record of contributing to global challenges: lest we forget the sacrifices of two world wars.

The good news is that we are well-armed to take up the fight.

Our plans and actions may not be perfect – they never are for wicked problems – but as in times of war, this is no excuse to defer.

One of our secret weapons is the ability of farmers to sequester carbon into their soils. This will not only reduce the concentration of carbon dioxide in the atmosphere, but will increase the land’s water-holding capacity, productivity, and drought resilience. Australian farms alone have the potential to sequester tens of gigatonnes of carbon dioxide, which they can be paid for through Australian and international carbon markets, where prices are on the rise. Governments should support farmers to capture this opportunity by providing financing for the infrastructure and learning-curve costs involved in shifting their management practices. This can be integrated into drought-recovery packages.

In the energy sector, the objectives must be to build more solar and wind farms, and new transmission lines for them to connect to. We also need to complement these with energy storage systems like batteries and pumped hydro. Closer to home, the distribution system could be strengthened with microgrid technologies that are able to keep local energy networks powered when they’re cut off from the national system, such as during natural disasters.

The decarbonisation of transport can be accelerated by rolling out a great national network of rapid electric vehicle charging stations along highways and in towns. Governments also need to remove perverse financial incentives while ensuring sustainable funding for road maintenance. Industry and governments must work together to create a road map for electrifying freight that provides futures for workers whose jobs will be automated.

These targeted actions must be complemented by an economy-wide price on carbon, which is the internationally agreed strategy that will unite Australia with our allies.

All of these tools are affordable, scalable, and available immediately. Not only have they been proven to be effective, but they will create new, largely rural, jobs and stimulate economic growth that is fit for purpose in a world economy committed to net zero emissions by 2050.

Our plans and actions may not be perfect – they never are for wicked problems – but as in times of war, this is no excuse to defer. We must act as if what we do now makes a difference, because it does.